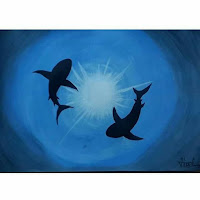 Bodies at rest, stay at rest; bodies in motion, stay in motion
The easiest way to keep moving, is to stay moving.

Picture your body, mind, and spirit like one of those exercise bikes they have at science museums, where you have to keep pedaling to keep a light bulb lit.

Or better yet, picture yourself as a shark. Some sharks have to swim almost constantly in order to breathe. Same thing with you. You got to keep moving to “breathe” — to maintain the vitality of both your body and mind. If you don’t keep moving, you’ll die. Not right away, but slowly. And quicker than you otherwise would.

While you wouldn’t believe it in your 20s, it does get harder to want to move as you get older. Who knows why. Less motivating dopamine in the brain? Less novelty and more boredom with routine? The cumulative effects of earth’s gravity? Whatever it is, know you’re going to have to intentionally maintain the will to move.

Remember that daily physical activity doesn’t have to be a full workout (though dedicated exercise is excellent, of course).

Do actually take the stairs. Carry a suitcase rather than wheeling one around. Take short breaks from work to walk.

People often use age as an excuse for gradual (and sometimes not-so-gradual) weight gain over the years. But while metabolism does decrease about 10% each decade, that slowdown is largely not a function of age, but a result of the loss of muscle mass. People get fatter not because they get older, but because as they get older, they stop moving. They get more and more inert. They slow down, their lifestyle becomes more sedentary, their muscles deteriorate, their metabolism declines, and fat accumulates.

At the same time, physical activity wards off depression and anxiety, so that a lack of movement sickens the mind as it weakens the body.

A sedentary life thus easily turns into a cycle of greater and greater passivity. Once you stop moving, you gain weight/get frailer, and feel more depressed, which makes you less motivated to move, and when you do move, it feels harder, more uncomfortable, and less pleasurable. This only makes you less likely to move, which makes you gain more weight, become more decrepit, and get more depressed, which drives you deeper into the chair and the couch.

On the flip side, movement (especially that which involves some resistance) preserves your mood, your muscle mass, and thus your metabolism. The more you move, the easier it is to stay moving — a positive cycle is created: your body stays leaner and your joints stay limber; your mind stays more positive and motivated; you want to move more, and it feels good when you do.
Keep swimming. Keep breathing, Keep moving. Keep living. 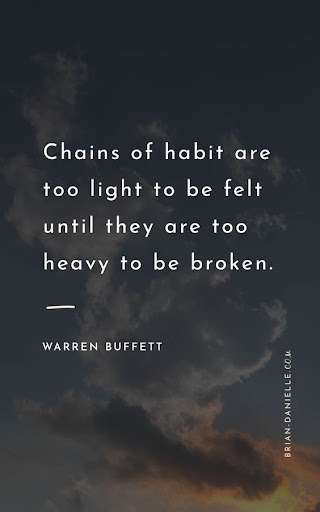 How to make exercise an unbreakable habit

Exercising regularly is surely one of the most commonly made New Year's resolutions. And surely one of the most commonly broken..... but what happens when its now almost June and all those resolutions went out the window and spring is upon us and you aren't where you wanted or thought you would be. You had every intention to get that body by summer or lose a few to fit back into summer clothes... whatever your reason, here you are and those goals haven't been met. First, I am going to start by saying you need to let those "should have" and/or beat yourself up thoughts go and focus on the NOW. We can't control what we haven't done in the past 4 or so months, so stop dwelling in it and move forward. At the same time though, don't just sit there and say "screw it" either. Everybody who has fitness and or weight loss goals have to start somewhere, it doesn't matter what time of year you start as long as you do it. If you've res

Hello all! Its been a crazy couple days and I needed to just sit back for few and come up with a plan on how and what I wanted to do during this time. Things are changing in our world daily. And how that effects my family and my business, as yours is as well, is all uncertain and that is scary. I have never been one to stand in front of a camera and record workouts. Those videos you see online are professionals with access and ability to edit that I just don't have. And I have had a hard time trying to figure out what I want to put out into the world, in raw form, that would still honor my brand and what I stand for. While I love videos of workouts, there is a huge push in the video and online world that actually goes against "real life" Personal Trainers. If you haven't seen the ads they all basically say to not have a Personal Trainer in a fitness facility because you can get everything you need right at home. Its killing my industry of face to face true 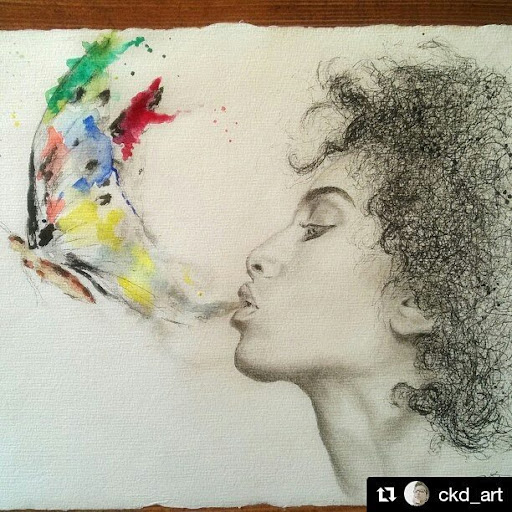 Mental Health during this time.....

I imagine you're sitting there, with so many mixed feelings right now.  Each one of you is in different situations, but one thing in common is that we all have to figure out how to survive and get through this.  With all the scary information out there, and misinformation, and even downplayed information its all confusing. Our heads are spinning on what to believe and what not to believe and then figure out what do we do. As a society, as a community, as a family.... what do we do and how can we manage all the emotions that come with these confusing and stressful times? On Tuesday, It was reported and mandated by the Governor of Michigan that ALL Gyms close down.  Then there was information that we should avoid groups of 50 then 10, no wait.... now we should be isolated and on lockdown.  My head was spinning. I own a very small Personal Training studio in a very small town.  My family however are spread all over the country from the East coast to the West coast and between.